What is a Warehouse Control System (WCS) & How It Has Evolved Into WES?

Many order fulfillment operations without significant levels of automation will get by, for a time, with only their warehouse management system (WMS) as the primary software running their business. But as organizations require higher levels of efficiencies to compete in their marketplace and meet customer expectations by adding automated equipment and other technologies, it often becomes painfully obvious that an additional layer of software will be necessary to get as much value out of the equipment as possible.
Very often, this leads the operations manager to begin thinking about deploying a warehouse control system (WCS).
If you are considering implementing a WCS for your operation to support your WMS, it’s important to make sure you are asking yourself the right questions before you commit. While a WCS may make sense for some operations, many operations are now finding that a newer type of warehouse software—a warehouse execution system, or WES—may actually be better suited to their needs.
Below, we look at what a WCS is, what it does, and the ways in which it has slowly evolved into WES.

What is a warehouse control system (WCS)?

A warehouse control system (WCS) is a type of software that integrates with the WMS (warehouse management system) to provide additional controls and functionality to the system.
The WCS is designed to interact with and control the automated equipment that is being leveraged within the facility. This may include everything from basic conveyors to more complex systems such as sorters, automated storage and retrieval systems (AS/RS), goods-to-person, palletizing/depalletizing, print and apply (PANDA), and other technologies.
Depending on the operation, there may be a single WCS that controls all the automated technology within the facility, or there may be multiple WCSs, with one controlling each type of equipment.

Evolution of the WCS into WES

At its heart, the WCS is intended to not only control, but also optimize, the performance of your equipment so that you can realize a greater ROI from it. However, though the WCS integrates with and supports the WMS, it does not orchestrate and optimize the equipment, material flow, and labor required to compete in today’s world.
The problem with the WCS is that it is very machine centric. Historically, the WCS would focus on a single piece of equipment or perhaps a zone’s worth of equipment. This would lead to what was called “islands of automation” within a facility, where there is little to no communication taking place between these islands. The result is that while performance within a particular zone might be boosted, the performance of the operation as a whole is not living up to its full potential because there is a lack of coordination and optimization from zone to zone, causing bottlenecks and other issues.
Over time, this led to the realization that you not only need to optimize each individual piece of equipment or system within an operation, but also how those individual systems affect each other, as well as the labor that supports it all. This realization would eventually lead to the evolution of a third class of warehouse software: The Warehouse Execution System, or WES.
The WES is essentially the next iteration of the WCS. As such, it includes all the machine controls capabilities of the WCS but builds upon them by adding labor management and order management capabilities. The result is a more holistic approach to warehouse management, capable of looking at all zones within an operation to more efficiently distribute orders, reroute labor, and more.
An order can’t be packed and shipped until the last piece arrives. As just one example of a WES in action, consider an operation that consists of five different zones. On a particular day, Zones 1-4 are on track with its orders, but Zone 5 is behind schedule. When the WES notices this, it can take steps to empower Zone 5 to catch up—for example, by giving Zones 1-4 more difficult or more time-consuming picks while giving Zone 5 the easier picks. This lets Zone 5 return to a baseline of performance.

WCS vs WES: Which is Right for Your Operation

Though some operations may get by fine with a WCS, it is becoming increasingly clear that the WES offers additional value, capabilities, and ROI for most organizations. If your operation is currently only leveraging a WMS and you are looking to add capabilities and control to your system, a WES likely makes more sense than a WCS. If you currently have a WCS and are looking to upgrade, it also likely makes sense to transition to a WES instead of simply replacing your WCS with another.
As you consider different WES solutions, it’s important to look for certain key qualities before you make a final selection. In order to get the most value out of your WES investment, you will want to find a solution that offers:

A trusted systems integrator can help you understand your options and guide you to the solution that makes the most sense for your business. Contact us today to speak with a member of the New Dawn Team.

How to Save Your Warehouse Management System (WMS) With a Warehouse Execution System (WES) In most mature order fulfillment operations, the warehouse […] 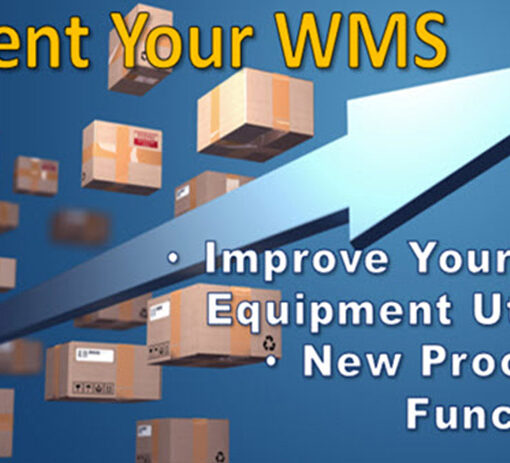 How a WES Can Augment Your WMS to Optimize Your Supply Chain Many order fulfillment operations, warehouses, and distribution centers are limited […]